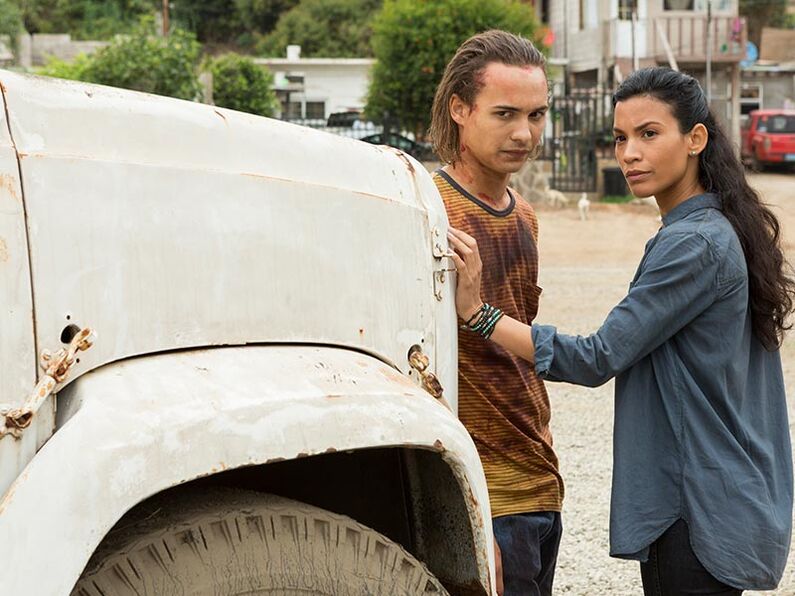 "Wrath" is the fourteenth episode of the Second season of Fear the Walking Dead. It aired on 2 October 2016 on AMC.

Ofelia’s truck breaks down in the Mexico desert. While she checks the engine, a group of Infected attack her. Ofelia kills several but when she sees an incoming herd, she decides enough is enough and leaves on foot.

In the middle of the night, Nick sneaks out of bed with Luciana still asleep and meets Reynaldo. They sneak into the infirmary and steal OxyContin. At daylight, they pass through the bus out of La Colonia to deliver the drugs to Marco of the Los Hermanos gang.

Travis wakes up in Madison’s hotel room. She tries to make him feel better about leaving Chris and invites him to join the rest of the group downstairs when he's ready.

Nick and Reynaldo arrive at El Pelicano and tell Antonio that they need to speak with Marco.

Alicia brings Travis a tray of food, with cutlery and a serviette. Travis admits that Chris is sick and apologizes for not believing or protecting her when she said that he threatened her.

Nick gives Marco the OxyContin but Marco says he no longer has a need for their supply. He tells Nick that he has joined forces with a more powerful gang and plans to take over La Colonia. Nick asks what will happen to the residents, but Marco doesn’t care. To prove it, Marco shows him the bodies of Francisco, his wife and daughter. He advises Nick to leave La Colonia immediately if he wants to live.

Madison checks in with Alicia, who is taking care of survivors in the parking garage. Alicia expresses her disdain for Brandon and Derek, who are loudly disparaging the Mexican patients and complaining about having to wait for treatment for Brandon’s dislocated shoulder.

Madison tries to quiet Brandon and Derek down. She asks what happened and learns that Brandon hurt his shoulder in a car accident after they let their 16-year-old companion, a kid from Los Angeles, drive without a license. They say the driver died in the accident. Madison realises that they are the men who Chris joined up with.

Madison tells Strand that Brandon and Derek are in the parking garage and that she suspects Chris is dead. Strand discourages her from telling Travis, as it would destroy the only thing that keeps him going. It’s the same hope Strand lost when Thomas Abigail died. Madison agrees that the news about Chris would break Travis.

Nick tells Luciana that Marco’s gang is about to attack La Colonia and apologizes for sneaking away.

At the infirmary, Nick and Luciana brief Alejandro on Marco’s impending assault. Nick urges Alejandro to leave La Colonia immediately. The debate is interrupted by a patient who has turned. The Infected attacks and, in the ensuing scuffle, Alejandro and two others are bitten. Nick puts down the Infected man by pressing his fingers through the eyeballs, into the brain. Alejandro gapes at the bite on his arm but assures Nick and Luciana that he will be fine.

Ofelia follows the fence at the Mexican-American border and finds a hole. She crosses into America.

The La Colonia townspeople say farewell as the infected infirmary victims offer themselves up to the herd in the yard. Nick tells Luciana he’s worried about Alejandro. She assures him that Alejandro’s faith will heal him.

In the parking garage, Madison tells Brandon that Andreas will require privacy to fix his shoulder. As they escort Brandon and Derrick away, the other survivors complain that Americans are receiving preferential treatment. The crowd becomes unruly.

Travis hears a commotion outside and sees a mob of survivors following Madison as she escorts Brandon and Derrick to the gate. He runs outside and demands to know where Chris is.

Nick packs a bag in his trailer and tells Luciana they must leave, refusing to believe that faith will protect them from Marco’s gang. Alejandro stops by. Nick orders Alejandro to tell Luciana his secret. Alejandro admits that he is not immune to Infected bites, explaining that the bite on his neck actually came from the boy he was trying to save, not from an Infected. Luciana reels from the news. Nick begs Luciana to come with him. She still refuses, saying La Colonia is her home.

Ofelia trudges through the desert and ducks for cover when someone starts shooting at her. She hides behind a tree but a man with a rifle finds her. “Welcome to America” he says.

Travis and Madison take Brandon and Derrick to the hotel cafe. After Andreas fixes Brandon’s arm, Travis interrogates them about Chris. They explain that they were tired from avoiding bandits and Chris offered to drive the truck so that they could catch up on sleep. When he veered off the road, the truck rolled, Chris was thrown from the truck and died on impact.

Travis asks where Chris was buried, and Derrick says they pulled him from the wreck and buried him under a tree. Travis notices discrepancies in the two stories. He locks Madison and Oscar out of the cafe and begins to get physical with Brandon and Derrick, demanding the truth. Brandon admits that Chris survived the wreck but suffered a leg injury, so they shot him dead in the road. “We had to,” he pleads. Travis beats them both to death

He sinks to the floor, devastated. 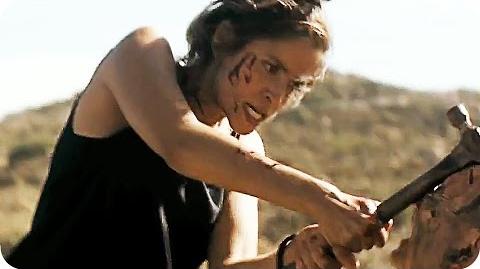 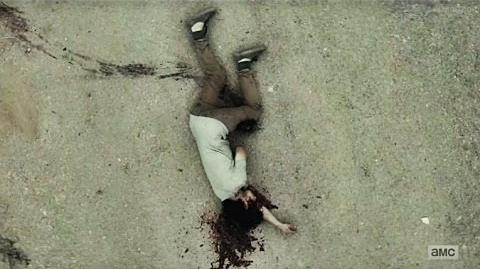