A quick round-up of pictures from the 2015 San Diego Comic Convention (SDCC). This, remember, is the SDCC before the start of the series. So when the panel went on stage not even the main trailer had been seen.

The Fear the Walking Dead Cast 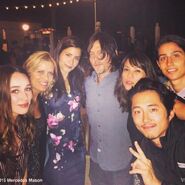 The 2 WD Casts meet at the AMC Party 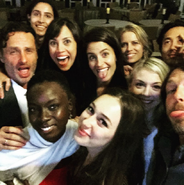 The 2 WD Casts meet at the AMC Party

The sign outside the FEAR exhibit
Add a photo to this gallery
Retrieved from "https://fearthewalkingdead.fandom.com/wiki/User_blog:ReginaldDrax/San_Diego_Comic_Con_Pictures?oldid=23057"
Community content is available under CC-BY-SA unless otherwise noted.