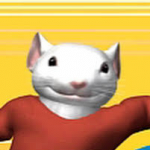 Car crash which left his leg broken. He tries to crawl away from brandon and derek but they kill him because he is dead weight.

This is your user page. Please edit this page to tell the community about yourself!

Dalton was seen waking up along with nick and they both see gloria. Dalton is also with him when nick kills calvin and they both get scared and leave.

Dalton is now with brandons group and he is driving. He then dozes off and the truck crashes. His leg is broken and he is crawling away from brandon and derek. Brandon shoots him because he is dead weight.

*based off of chris death*

Retrieved from "https://fearthewalkingdead.fandom.com/wiki/User:Jamesmccallister01?oldid=30990"
Community content is available under CC-BY-SA unless otherwise noted.