The designs of Flight 462 matches the design and layout of an Airbus A320. It's livery appears to be a mainly white body color cut through with red and blue, matching the airline's logo.

Flight 462 is boarding at Los Angeles Airport, despite there being rumors that all flights have been grounded. The flight takes off with at least 148 passengers and crew, bound for Phoenix.

While one the way to Phoenix, a passenger, Marcus, dies in the bathroom. The flight is unable to land at Phoenix due to the city experiencing a massive blackout, and the pilot decides to fly back to Lax. While on the way back to California, Marcus reanimated and attacks the passengers and crew near him. The onboard air marshal manages to lock him in the bathroom. By this time, most of the crew become aware that there are no available airports to land at due to most major cities are experiencing blackouts. It a fit of anguish, Marcus' wife opens the bathroom door and is immediately attacked and killed.

As the remaining passengers began to panic, the air marshal attempted to shoot and kill the undead passenger, but, unaware of the nature of the Infected, he attempts body shots and not headshots. In the panic, he is knocked to the ground, and his gun misfires. The infected Marcus is eventually put down by the combined efforts of Alex and Jake Powell before he kills the air marshal. It is then they discover that the misfire from the Air Marshalls gun has pierced a window. Moments later the window exploded and the plane began to depressurize. The remaining passengers rushed to get to their seats as the plane began to lose control.

Flight 462 eventually broke apart over the coast of California with much of the wreckage landing in the Pacific Ocean. Of the 148 people on board, at least six are known to have survived the initial crash. 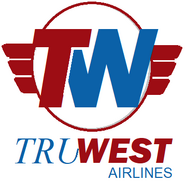 Add a photo to this gallery
Retrieved from "https://fearthewalkingdead.fandom.com/wiki/TruWest_Airlines_Flight_462?oldid=29099"
Community content is available under CC-BY-SA unless otherwise noted.