Shot in the stomach and neck by Lee, then commits suicide via falling from a helicopter.

Travis Manawa was a major character in the first, second, and third seasons. He was portrayed by Cliff Curtis.

Travis was in his early 40s and of Maori descent. He used to teach English at Paul R. Williams High School. Travis was Madison Clark's fiancé, Liza Ortiz's ex-husband, and Christopher Manawa's father.

Travis is described as "a good man trying to do right by everyone in his life". Until the end of Season 1 he lived in the El Sereno district of Los Angeles with his fiance Madison Clark.

Travis went through major changes in Season 1; it was said that he represented "a sense of stability in Madison's life" (Kirkman). After he was forced to kill his ex-wife in front of Madison, the stress on their relationship increased. 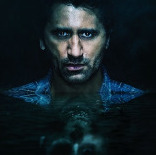 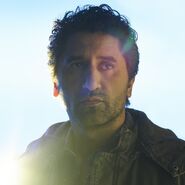 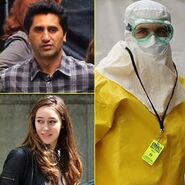 Travis in the trailer for Season 3

Retrieved from "https://fearthewalkingdead.fandom.com/wiki/Travis_Manawa?oldid=29599"
Community content is available under CC-BY-SA unless otherwise noted.