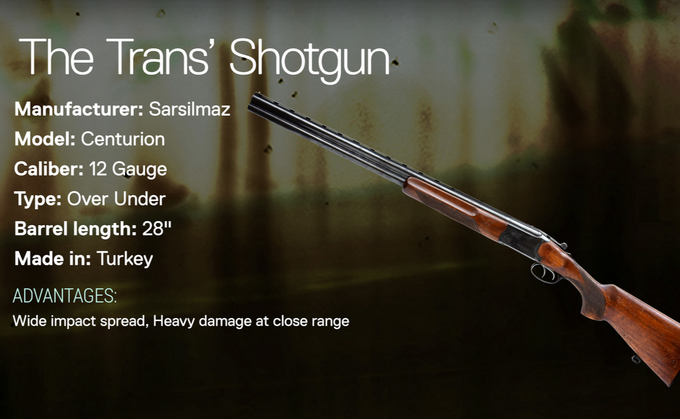 This weapon was orignally owned by Patrick and Susan Tran.

This weapon first appears during the Season 1 episode "The Dog". It belongs to the Tran family, neighbours of the Clarks. Nick knows they have it in their home and leads his Mother (Maddy) and Alicia to get it during "The Dog" to defend themselves against the Infected which are starting to become common in the Clark's neighbourhood.

Retrieved from "https://fearthewalkingdead.fandom.com/wiki/The_Tran%27s_Shotgun?oldid=10482"
Community content is available under CC-BY-SA unless otherwise noted.