There will be 15 episodes [2] in the second season which started filming in December 2015. [2][3][4] These are split between Season 2a and Season 2b with seven episodes in 2a followed by eight episodes in 2b. The second season was shot in Mexico, at Baja Studios, which is the home of the "World's Largest Stages and Filming Tanks", and it's where they shot Titanic, just so you know.

In the same way that the main location for Season 1 was the El Sereno district of Los Angeles, the main location for Season 2a is the Abigail. The Abigail's the first movable location in The Walking Dead universe. At the start of the Season, she is anchored just offshore somewhere near Long Beach (given that Strand's home is near the outlet of the LA River). In the first episode Strand initially talks about sailing to San Diego but is actually heading for the family estate of his partner, in Baja California.

We've known for a while that a character from Flight 462 will be joining the cast of Fear for Season 2. Brenden Meyer AND Michelle Ang, who play Jake Powell and Charlie on Flight 462, joined the cast in episode 3 of Season 2 over on IMDB.[9] Michelle returned in the episode "Captive".

Flight 462 was on its way to Phoenix from LAX (Los Angelos International Airport), but due to power failures at Phoenix it gets diverted. This is how the new characters ends up in Season 2, with the plane ditching at sea. Its wreckage is found by the group while they are scavenging for supplies on land. At this point they encounter Alex and Jake from Fear thalking Dead: Flight 462. 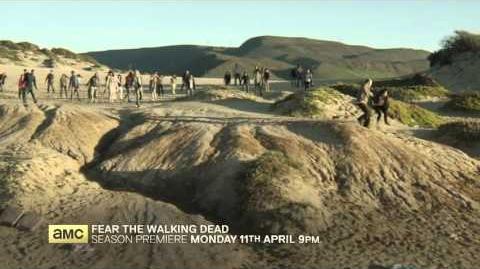 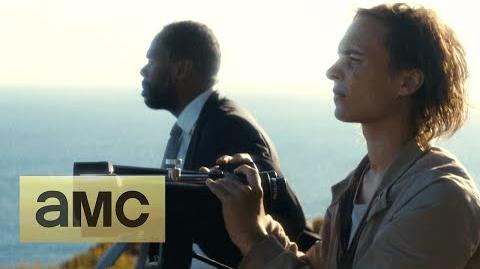 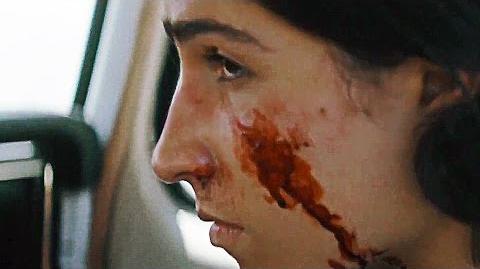