The soldiers paint an 'X', the FEMA coding system, on each house they search which shows various details in a standardised format, such who searched the property and what was found there. They also record all those currently living in the El Sereno neighborhood.

It is claimed that the guard are making advances into reclaiming Los Angeles - however, this is proven to be false as large parts of the city were overrun, with certain safe zones abandoned. The Los Angeles Memorial Stadium, and an unknown number of uninfected, was abandoned once the infected made their way inside and now houses two thousand infected (which Daniel Salazar later uses to overrun the military hospital).

However, elements of the guard begin to desert their posts. After being nearly overrun in the West View Library, the survivors abandon LA and state that they are withdrawing to San Diego.

In accordance with Operation Cobalt, whatever National Guard units that remain are withdrawn to an undisclosed safe location before Los Angeles and other major cities are bombed.

The National Guard Storm a library 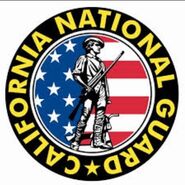 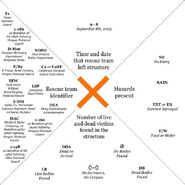 Bodies being loaded into the back of a truck

Soldiers of the National Guard clearing a suburb of Los Angeles
Add a photo to this gallery
Retrieved from "https://fearthewalkingdead.fandom.com/wiki/National_Guard?oldid=30494"
Community content is available under CC-BY-SA unless otherwise noted.