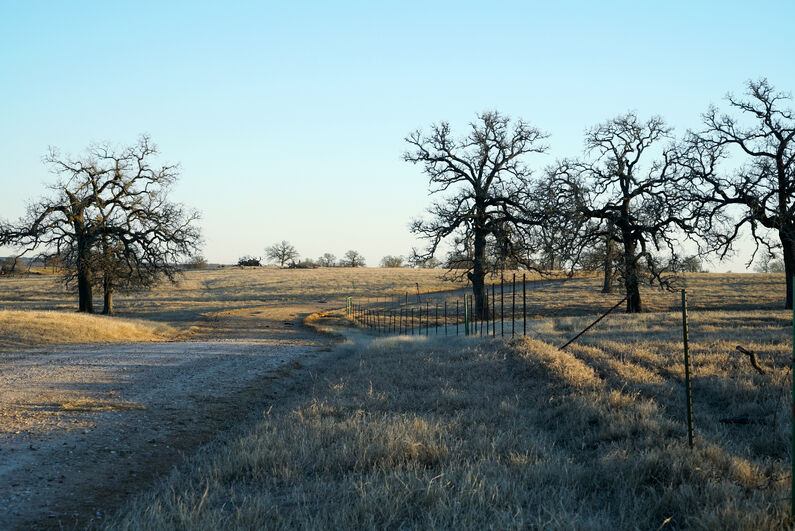 "Laura (episode)" is the fifth episode of the fourth season of Fear the Walking Dead. It aired on May 20, 2018 on AMC.

John Dorie cleans a pair of matching pistols on the porch of a creekside cabin. He sees an Infected coming down the creek and, leaving the gun, kills it with an ax.

John wakes up and starts his day — brushing his teeth, making his bed, playing Scrabble against himself. He finishes the day watching TV and eating popcorn.

John hears sloshing in the creek and finds a woman lying unconscious in the water: It’s Naomi.

John lays Naomi on his bed and discovers a deep gash on her stomach. He dresses her wound and sleeps on the couch while she sleeps on his bed.

In the morning, John finds the cabin empty. He goes outside and catches Naomi searching his Jeep for keys. John tells her where to find the keys but warns that the car needs a new battery. He suggests she at least takes some food, water and first aid supplies before leaving.

Naomi gives John instructions on how to stitch her wound. She grimaces as John pierces her skin with a needle.

John serves fish stew for dinner and asks if he can call her Laura because she refuses to tell him her name. He welcomes her to stay as long as she’d like. Naomi insists she will leave as soon as she is better.

John mounts a curtain around the bed to give Naomi privacy.

Naomi wakes up in the middle of the night and sees John cleaning his pistols.

John kills two Infected in the creek and decides to investigate the source of the Infected. He mentions to Naomi that he is also going on a supply run. Naomi insists on joining him. He offers her boots to protect herself from snakes, but she refuses to wear shoes that might impede her ability to run.

John and Naomi row the canoe upriver. Naomi inquires about John’s past. He informs her that he was a police officer.

John and Naomi reach a bridge and notice a breached guardrail. They quickly deduce that Infected have been falling through the gap and floating downriver.

John and Naomi stop at a general store for supplies. Naomi lays out first aid supplies for anyone else who visits the store.

John and Naomi use corrugated metal from a gas station to mend the guardrail.

Naomi lies in bed while John watches a movie. She joins him on the couch. John offers to make some brittle.

Naomi watches John sleep during the movie. He wakes up and stares at her. She reveals that she lost her child.

John gets ready to fish in the creek. Naomi asks him to teach her how to fish.

John gives Naomi a fishing lesson and shows her how to gut the fish. They eat fish for dinner. Naomi thanks John for teaching her.

John and Naomi play Scrabble and fish over the ensuing days.

John removes Naomi’s stitches. Naomi announces that she’s ready to leave, now that her wounds have healed. John goes outside to kill an Infected and realizes that their patch on the bridge isn’t working. Naomi offers to help John fix the bridge by blocking the gap with the Jeep.

John and Naomi sit in the Jeep on the bridge. Naomi says she learned how to hot-wire cars from a woman that she met in a camp. John sees one of his pistols hidden behind Naomi’s back and snatches it. Naomi argues that they need the gun for protection, but John sternly refuses to use firearms.

John and Naomi kill all the Infected on the bridge then drive the Jeep in front of the gap. An Infected attacks John in the driver’s seat. Naomi screams at him to use his gun. John refuses to shoot and, after a near-deadly struggle, stabs the Infected instead.

Back at the cabin, Naomi points out that John almost died because of his refusal to use guns. John explains that when he was a cop, he fatally shot a robber in the leg. He says that he moved to a new town after everyone started calling him a hero.

Infected surround the Jeep on the bridge, jostling the Infected corpse inside and knocking the Jeep into neutral. Infected fall off the bridge into the river.

John and Naomi hear Infected piling up in the creek. They go outside and begin slaying the Infected. Naomi becomes overrun by Infected. John gets his guns and saves her life by sharpshooting the Infected.

Naomi thanks John and calls him an honorable person. John gives her a pistol to take with her on the road.

Naomi joins John on the couch to watch a movie. John moves outside. She asks why he’s avoiding her. “I love you,” he says and asks her not to leave. They kiss.

John wakes up the next morning and finds Naomi gone. He sees a message written with Scrabble tiles: “I love you too I’m sorry.”

In the present, John looks at the Scrabble tiles in a small box. Morgan sits beside John and assures him that Naomi loved him. He reminds John that they are part of the world and should not waste any more time. John holsters Naomi’s pistol and walks down the road with Morgan.

The gallery below is automatically generated and contains images in the categories "Images from Laura". Images added to these categories turn up in the gallery after a short time.

Retrieved from "https://fearthewalkingdead.fandom.com/wiki/Laura_(episode)?oldid=28619"
Community content is available under CC-BY-SA unless otherwise noted.