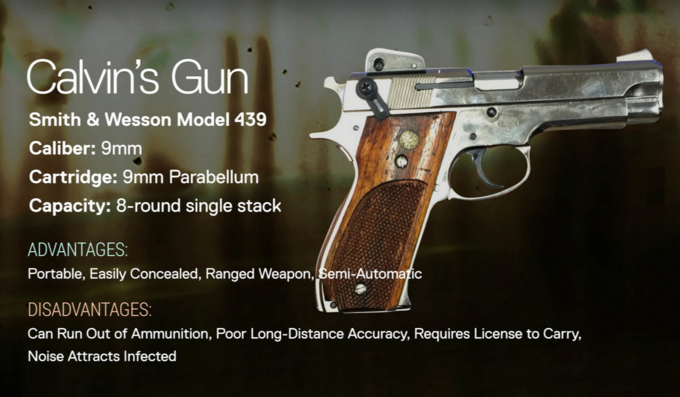 This weapon was originally owned by Calvin, it's not likely that he held it legally.

Retrieved from "https://fearthewalkingdead.fandom.com/wiki/Calvin%27s_Gun?oldid=10434"
Community content is available under CC-BY-SA unless otherwise noted.